We are thrilled to announce our new promotion "Celebrate the Holidays" at N Resort.
800 7Classy

Celebrate the holidays with us at the only Naturist Resort in Jamaica.

Unbeatable Savings on both Garden/Pool View Suites and Beachfront Suites.

US$ 700 off per adult on Beachfront Suites

US$400 off per adult on Garden/Pool View Suites

Not combinable with any other promotion

Jamaica athletic runners are GOLDEN in Moscow -Shelly-Ann Pryce and Usian Bolt - Come to Jamaica and be treated like gold.

800 7Classy or www.Caribbean-Hideaways.com
Call us today to book your next vacation - we can save you a little "gold". 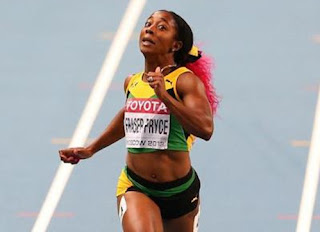 Fraser-Pryce’s victory came after a gold in the women’s 100M as well.
In a race that wasn’t really close, the Jamaican finished in 22.17, followed by Cote d’Ivoire’s Murielle Ahoure, who finished in 22.32, the same time as third-place finisher Blessing Okagbare of Nigeria.
The Bahamas’ Shaunae Miller finished fourth with a time of 22.74 seconds, a strong time for a sprinter barely 19 years of age — and one who could be one to watch in the years to come.
Fraser-Pryce’s strong showing continued Jamaican sprinting dominance — on the men’s side, Usain Bolt also won gold in the 100M and looks to complete the sweep Saturday.
It is the first time a Jamaican woman has completed the sweep of the 100M and 200M at the World Championships.

Usain Bolt
By the Caribbean Journal staff
Usain Bolt is on top of the world right now.
Bolt anchored Jamaica to a thrilling victory in the men’s 4x100M relay at the World Championships on Sunday, holding off the United States with a world-leading time of 37.36.
The US finished in 37.66, while Canada finished third with a time of 37.92, a season-best time. 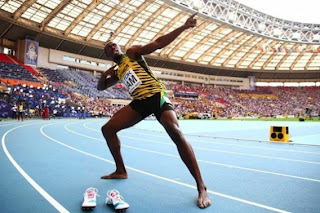 Bold is simply unbeatable right now, with a three-gold-medal performance to match his performance in London in 2012.
Jamaica’s win was its fifth straight global 4 x 100M title, thanks to strong running from Nesta Carter, Kemar Bailey-Cole, Nickel Ashmeade and Bolt, who finished the win to help Jamaica to yet another 4x100M championship.
The victory was even more impressive given the absence of the injured Yohan Blake, who helped win the gold in London last summer.
The win gave Jamaica a total of nine medals, good for third best at the 14th IAAF World Championships, and six gold medals, tied for second overall.

Today is National Rum Day in the United States — the kind of holiday that shouldn’t just be limited to America. So Go Classy Tours thought we’d help make National Rum Day an International Rum Day, by offering a list of 10 terrific rum recipes from all over the Caribbean (and one from the US). So take a look, enjoy responsibly and celebrate this wonderful holiday, wherever you are. For all the recipes go to www.N-ResortJamaica.com Cheers!
Caribbean Hideaways is Happy to announce National Rum Day

Promote Your Page Too

Do you want a ALL OVER tan? 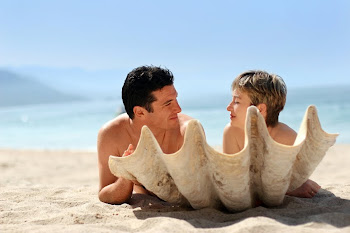 800 329 8145
We specialize in upscale All-Inclusive resorts in the Caribbean. We believe in the personal touch to insure that your vacation is a fun travel experience. We are registered with the State of Florida (Registration # 10015) and registered with the State of California (#1015540-40). GCT is fully licensed and bonded. We are members of the American Society of Travel Agents (ASTA) and International Airlines Travel Agent Network (IATAN)